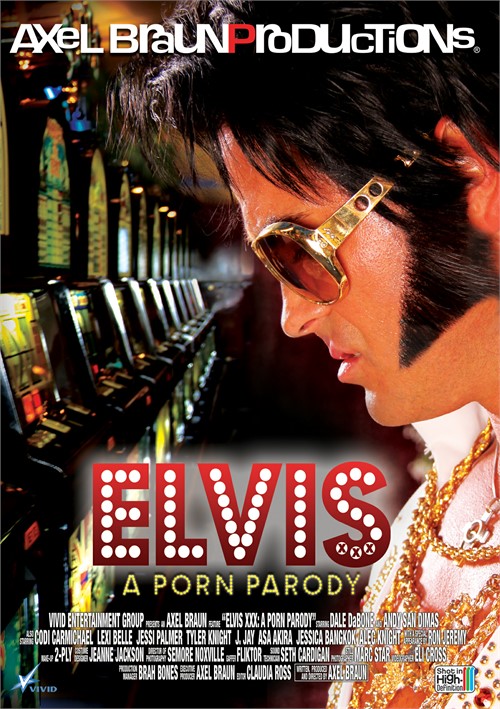 The triple-x parody of The King himself. See what happens when that big rhinestone buckle comes off and those hips really start shaking! From Axel Braun, maker of 2010’s best selling DVD, the critically acclaimed Batman parody.

Extras: The best extra was the 28:09 minute long Behind the Scenes feature, introducing the cast and concept (establishing that not all the cast did a lot of homework regarding their roles). There was then a 19:01 minute long non-sex version of the movie, bouncing from clip to clip in an interesting fashion, four trailers, the usual spam and other extras offered on a Vivid production. 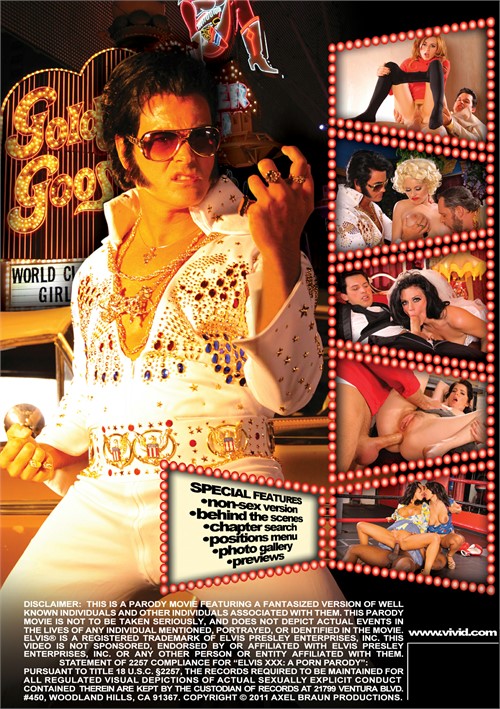