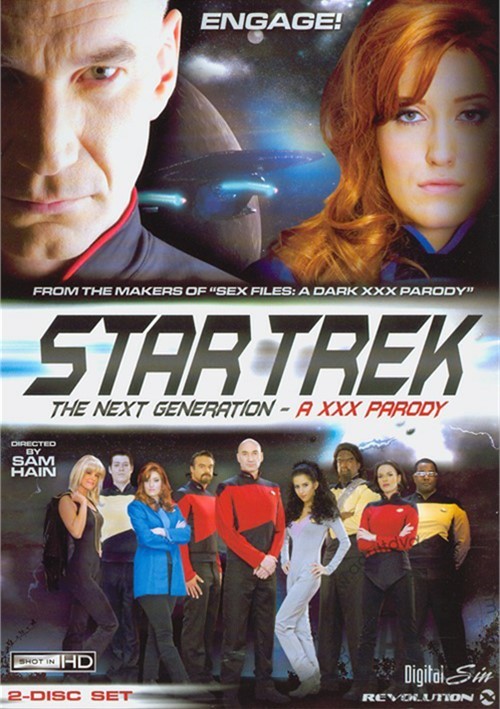 Join Picard (Giles), Riker (Rocco Reed), Crusher (Kimberly Kane), and the rest of the Enterprise crew as they boldly go into the final frontier of adult cinema! While en route to Starbase 112, the Enterprise detects strange electromagnetic readings emanating from a barren Class M planet. Upon further investigation, it is discovered that the source of energy is in fact a box containing Tasha Yar (India Summer), the long dead former Chief of Security of the ship, in cryosleep. Is she the real Tasha Ya? Is she a clone? Or is she something completely different? Follow all of your favorite characters as they engage in the biggest sexual adventure of the 24th century!

Lt. Cmdr Data finds Tasha Yar alive on a barren planet near the Romulan Neutral Zone. She appears to be the Tasha who went down with the Enterprise C and ended up on Romulus. Slowly she adjusts to her familiar, yet different crew.

I’ll be honest and say that I’m not the biggest Star Trek fan, but I’ve seen quite a few reruns on UPN-13. Weirdly enough, I believe this film will please the most dedicated fans of the Star Trek series. The story alone will have fans salivating. Formerly deceased Tasha Yar has returned from dead and is once again a crew member on The Enterprise. Many mysteries surround her return, but before the crew can get any answers, they have to have sex with each other. Sounds great right?

Many hardcore Trekky fans may recognize Giles Aston as Captain Picard. The well known Trekky joined the cast after reading the script, but don’t get too excited, as Giles has a “stunt double” in the film. One actor that I thought did an excellent job, was the guy who played Data. He had all of the mannerisms of Data down and even in his sex scene with Tasha Yar, he never once showed any emotion. Now that’s an actor.